If you somehow missed parts 1 and 2, I would highly suggest reading those first: Part 1 and Part 2.

After our adventures in Patagonia, we flew back to Santiago and found our apartment/hotel in the Providencia area of the city. It was pretty nice. We got ready to go out for dinner that night and had a bit of a tough time because it was election day in Chile and many of the restaurants were closed (something about not being able to serve alcohol on election day – thank goodness we don’t have that here!). But we managed to find a place that was open and met some of Katie’s friends there. We took the metro to Tiramisu, a very popular local restaurant that had delicious pizza and lots of wine and gelato (yes, I know I was in Chile and not Italy – we didn’t have a lot of options). It was an enjoyable and relaxing, and a good break from the last few days of crazy adventures.

The next morning we got moving around 10am (side note: I have no idea how Chileans regularly stay out until 11pm/midnight and then go to work at 9am on a regular basis – we had an “early” dinner at 8pm). We first went to Cafe Melba for a nice brunch (and some real coffee!).

We then journeyed over to Cerro Santa Lucia (the smaller of the two parks-on-a-hill in Santiago). The metro in Santiago is pretty nice. We walked around a bit, took in the view, took pictures, bought some local crafts, etc. 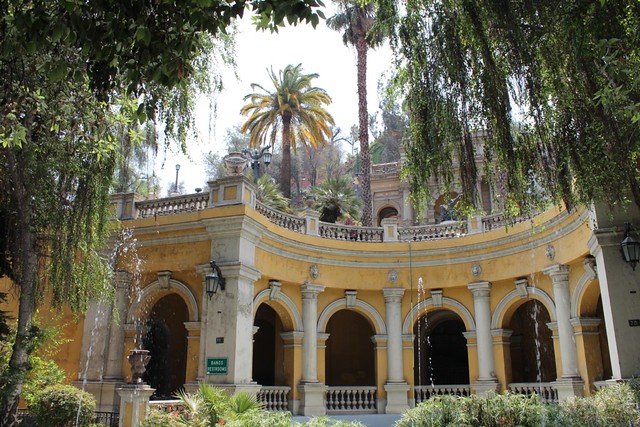 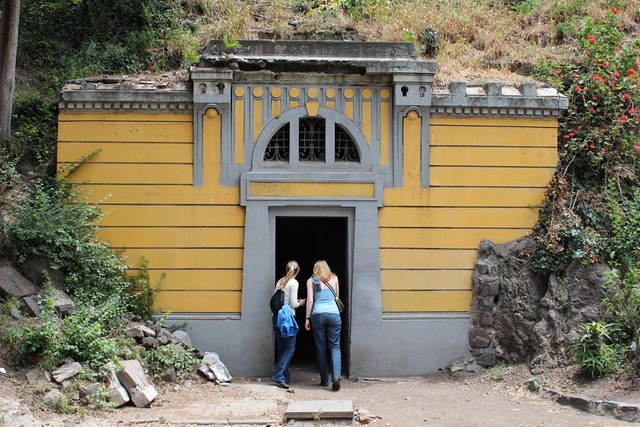 There was a nice plaque on the top of the hill with a quotation from Charles Darwin about the park: 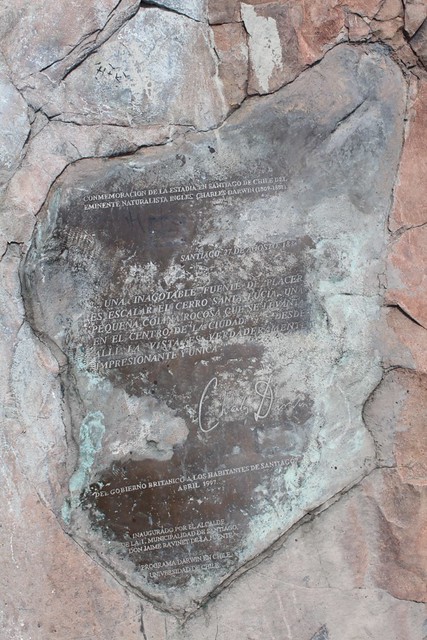 A powerhouse of pleasure is climbing Santa Lucia a small rocky hill that rises in the center of the city. From there the view is truly awesome and unique.
I have to agree.

The hill was pretty awesome in general. 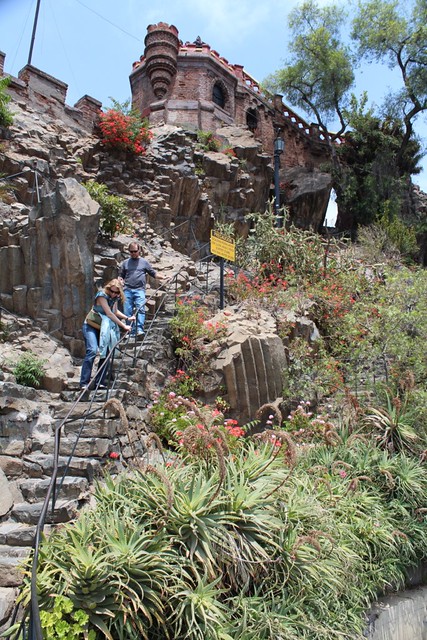 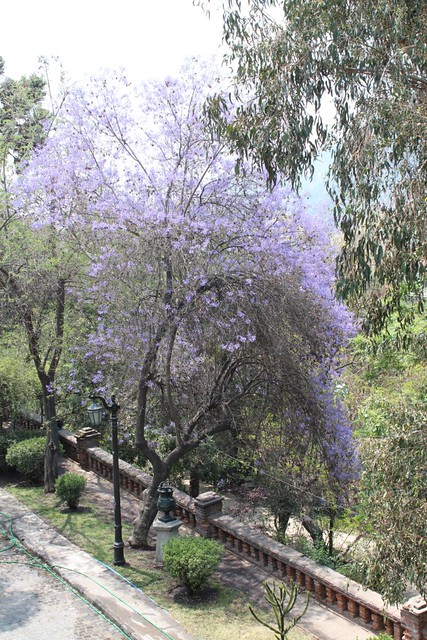 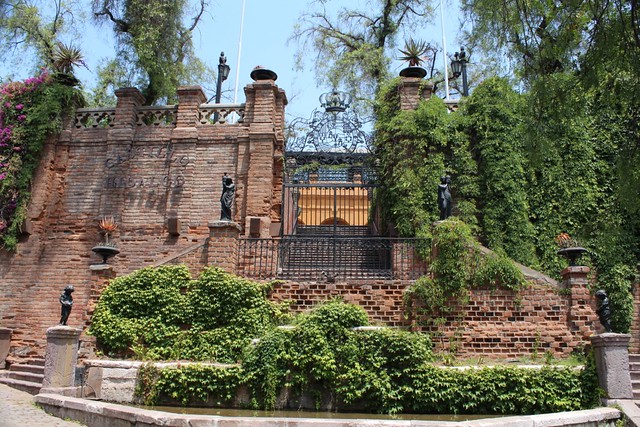 We tried to go to a museum that day, but they all seem to be closed on Mondays. So we stopped for some snacks and refreshments at a café on LaStarria. I had an extremely strong pisco sour that had some honey in it and we all had some delicious fondue with meat, veggies, and bread. 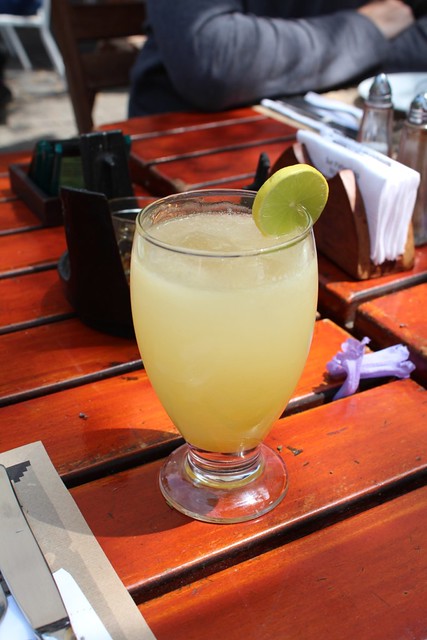 Then we walked over to the Plaza de Armas. It was pretty crowded, with lots of street performers. We didn’t stay too long, peeked our heads in an old church, and headed home. 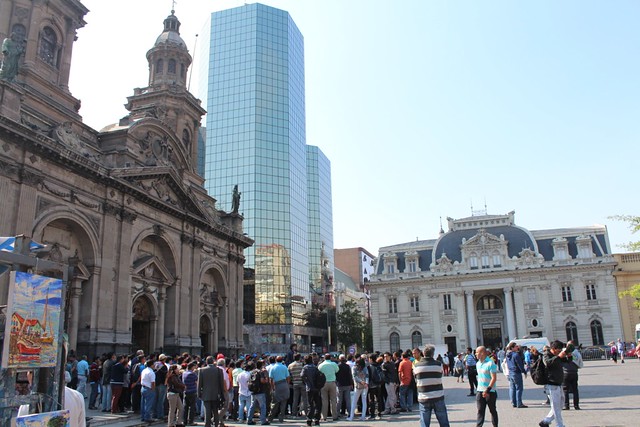 For dinner that night Katie and I met up with two of John Michael’s friends at a cool resto-bar called Liguria. We had lots more delicious food and drinks (including a beer with lemon juice and spicy salt which sounded awful but was really good). A good time was had by all.

The next day (and sadly my last in Chile on this trip), Katie and I spent the day going to museums. But first, we went to Fuente Alemana for an early lunch. We shared a giant sandwich with beef, tomato, mayonnaise, and avocado. It was really good and I’m really glad we split it. 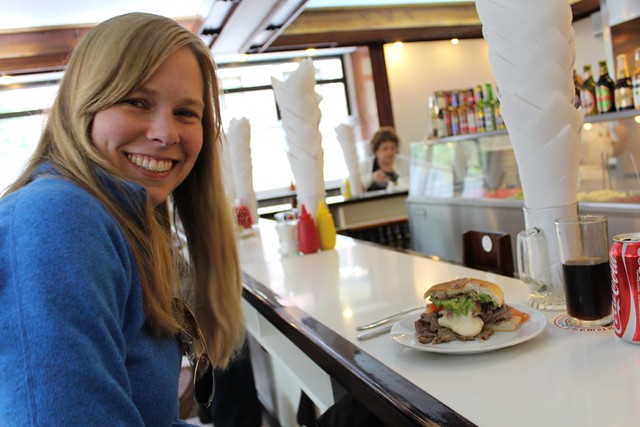 Then we went to the Bellas Artes museum, the contemporary art museum, the museum of visual art, and the archeology museum. It was a lot of museums in one day, but it was worth it. 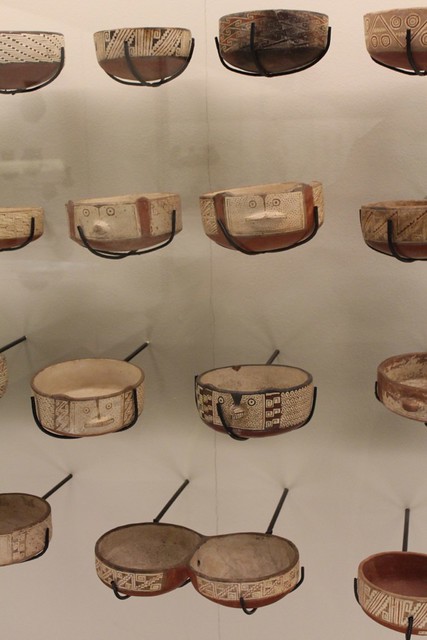 And then I headed back to the Santiago airport for the fourth (and final) time to fly back to reality.

It was a truly amazing trip and I almost can’t believe that it all happened. Chile was a very friendly and easy place to visit. It was unbelievably beautiful and there was also so much variety in what the country had to offer.

I have a lot more photos in a flickr album. There are about 130 photos in there, the best 10% of the ones that I took. 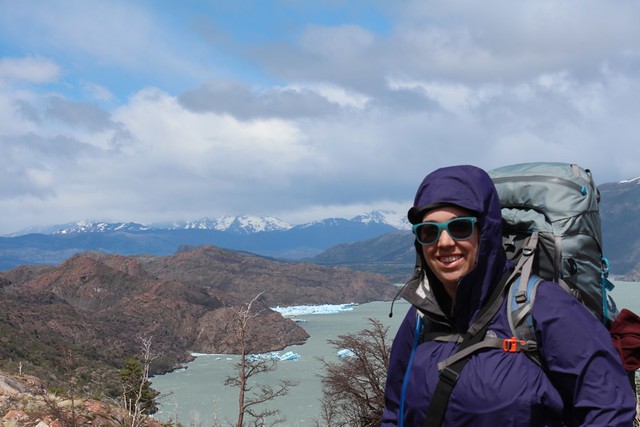 One thought on “Chile: Part 3”