Last November I took a two-week vacation to Chile to visit my good friend Katie and explore a new place. I had never been to South America (or even the Southern Hemisphere) before, so it was a totally new experience and I got to see another part of the world. It was quite an adventure and we packed a lot of different sights and experiences into the two weeks.

Chile is a big place, and I saw lots of it. I flew into Santiago from Atlanta (an 11 hour flight) and then flew to La Serena, a small beach town about an hour’s flight north of Santiago, where Katie lives. Katie picked me up at the airport. The airport in La Serena reminded me of an old movie because there was no gate, the plane just arrived and everyone walked over to the building. A lot of the passengers were taking pictures in front of the plane after they got off.

Katie’s brother (David) and sister-in-law (Marianne) had arrived the day before and were also going to be traveling around Chile with us. After a short nap we all headed into downtown La Serena to exchange some money and look around. We walked through the Plaza de Armas (below) and the main shopping street. 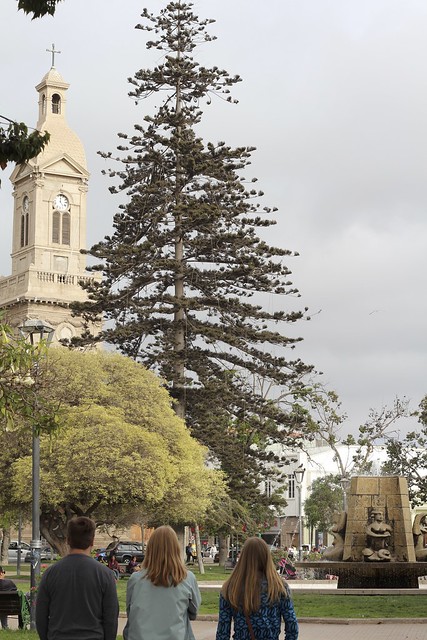 We also went to a local shopping center and got a SIM card for my phone. We watched the sun set over neighboring town Coquimbo: 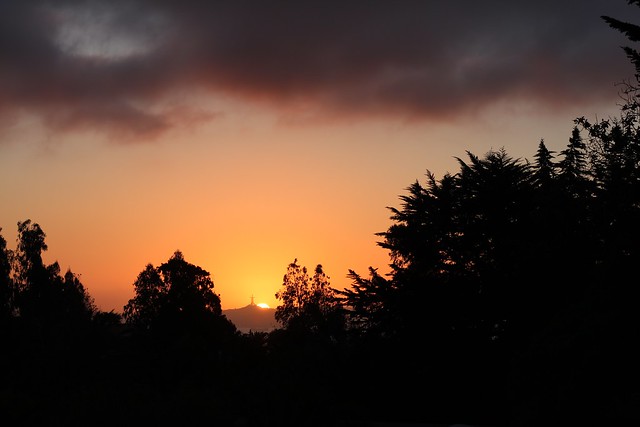 Later that evening we went to dinner at Tio Coco, an amazing seafood place near the beach. I had a pisco sour (the first of many on the trip), empanadas (camarones y queso, mariscos) and a white fish a la plancha. Muy delicioso!

The next day we headed to Tongoy, a beach/fishing area about an hour south of La Serena. 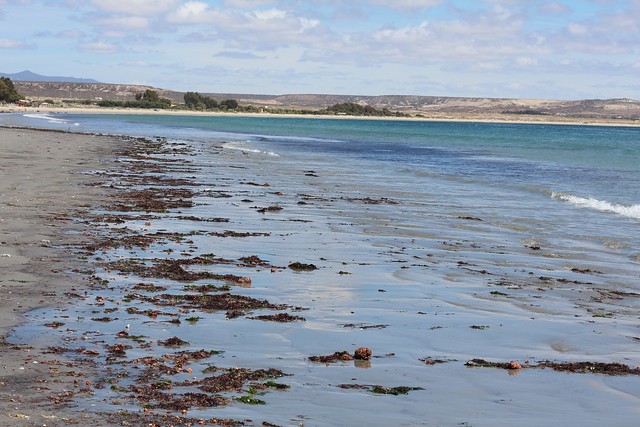 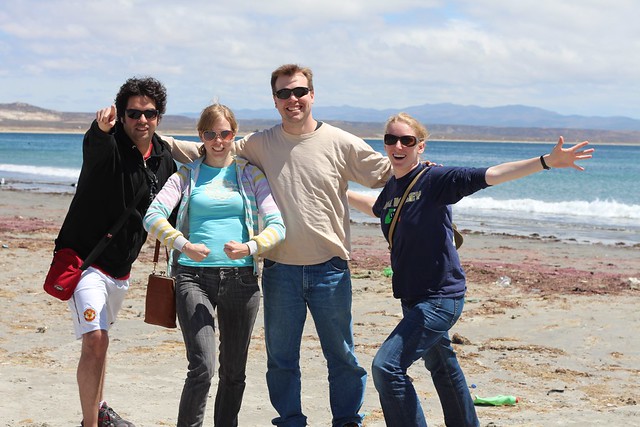 We had another delicious lunch – very similar to the previous night’s. 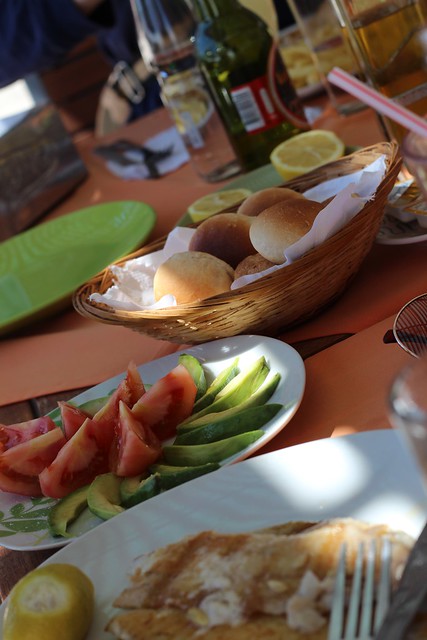 There are stray dogs everywhere in Chile. They were all very friendly and some were just adorable. We kept playing a game trying to pick one for Katie to adopt. There was a super cute street dog (that reminded me of Laika) in Tongoy but we couldn’t convince Katie to take him home. 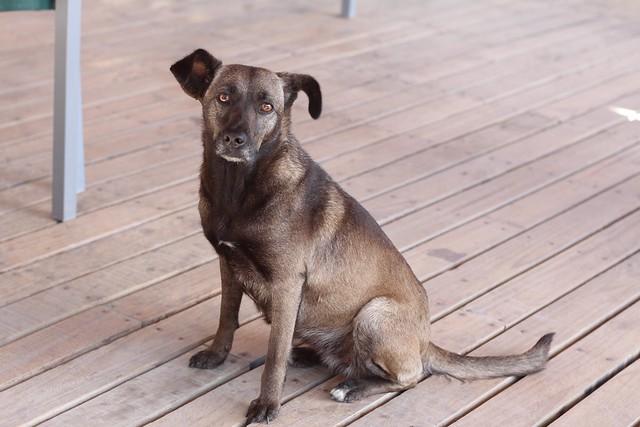 After lunch, we tried to go to Playa Blanca and took two different bumpy dirt roads to try and get there, but alas it was inexplicably closed. It looked very beautiful from afar. We ended up at Guanaqueros Beach instead which was nice. There were lots and lots of seashells and parts of crabs laying about everywhere. 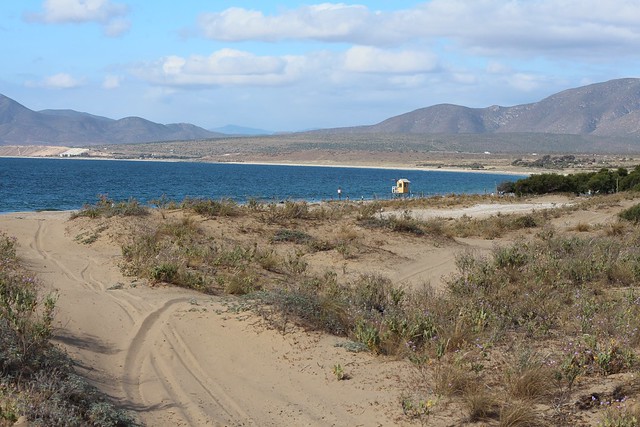 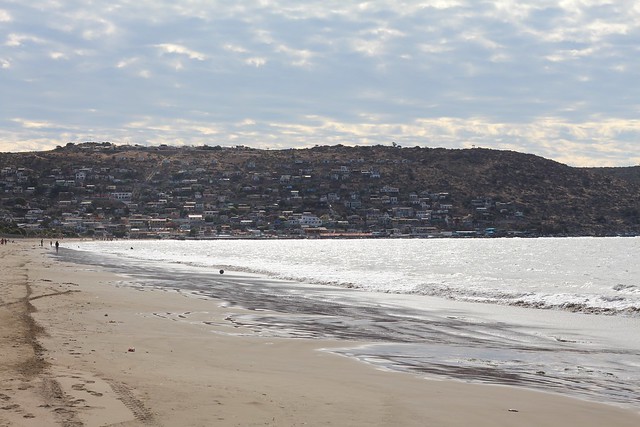 Then we went back to La Serena and headed to the grocery store to gather supplies for the next couple of days. The grocery store was not too dissimilar from U.S. supermarkets. They had Oreos but not graham crackers (so no s’mores for us sadly). After that we went to John Michael’s parent’s house for onces which is kind of like tea time.

The next day we drove up to Cerro Tololo which is where the telescopes are (Katie is an astronomer). A couple of Katie’s friends and their kids came on the tour of the telescopes with us. It was a bit cold, but we stuck it out. 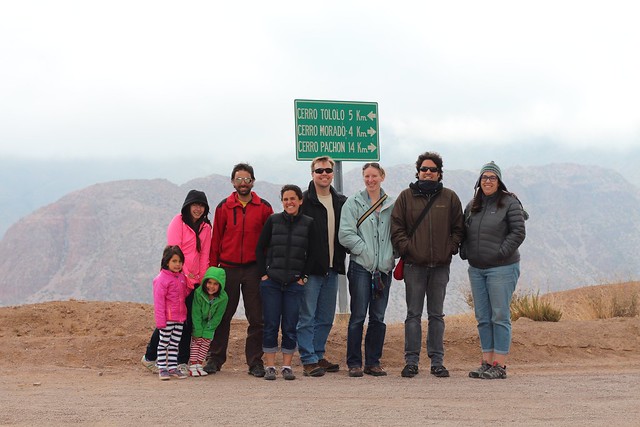 Katie gave us a tour of the .9 m and 4m telescopes. It was super cool to see them up close in all their sciencey glory. It was extremely cloudy that day though so we didn’t get a good view of the surrounding area or the other nearby observatories. 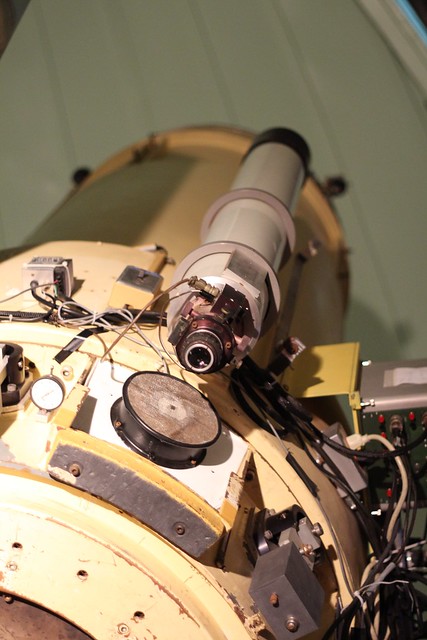 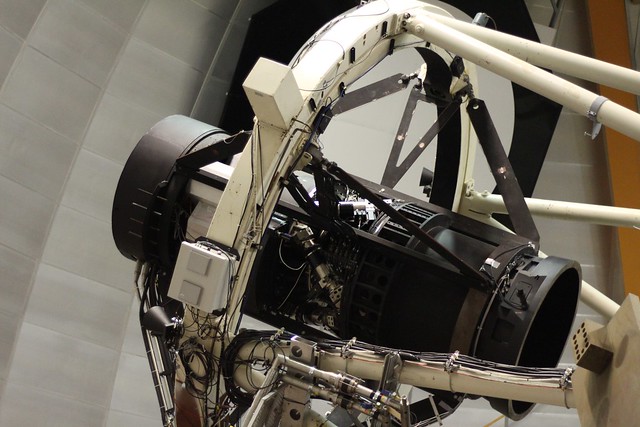 They also had foxes roaming around the compound: 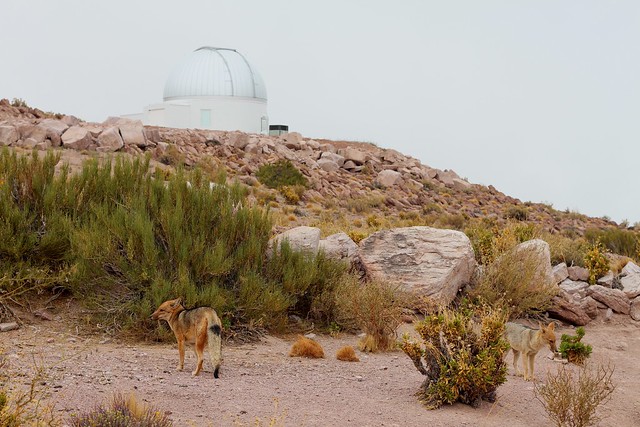 After a rainy lunch we drove to Elqui Valley, an area where they grow a lot of grapes for wine and pisco. 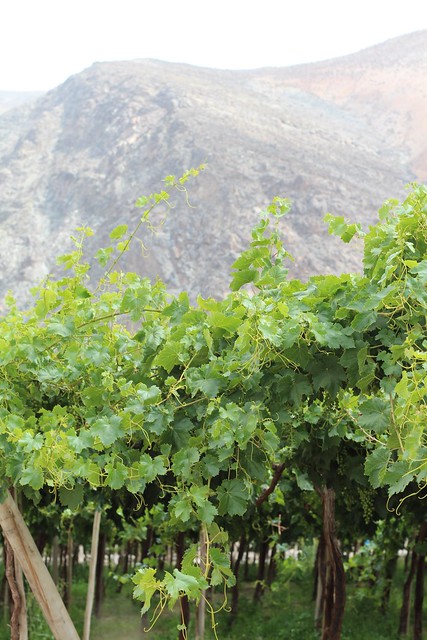 We drove through lots of tiny villages before getting to Alcohuaz. 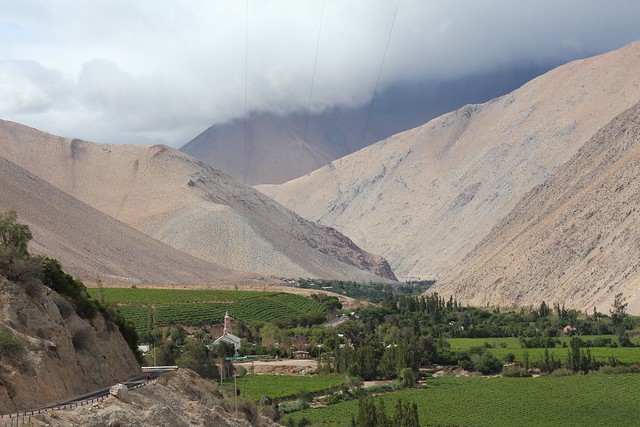 We were staying pretty far into the valley, in a cabin at La Frontera. Some of Katie’s friends were staying in the cabin next to ours which was really fun. It was very beautiful and quiet there. 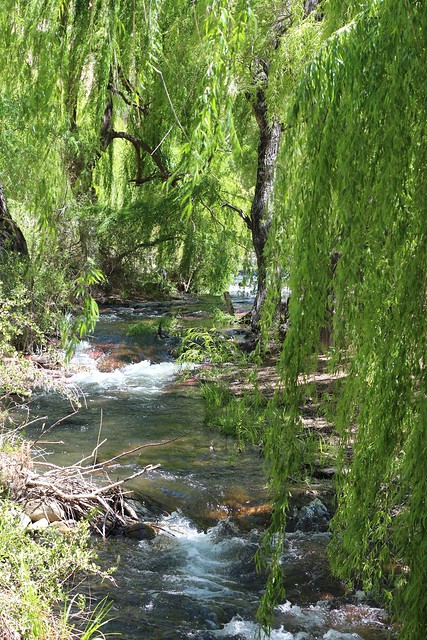 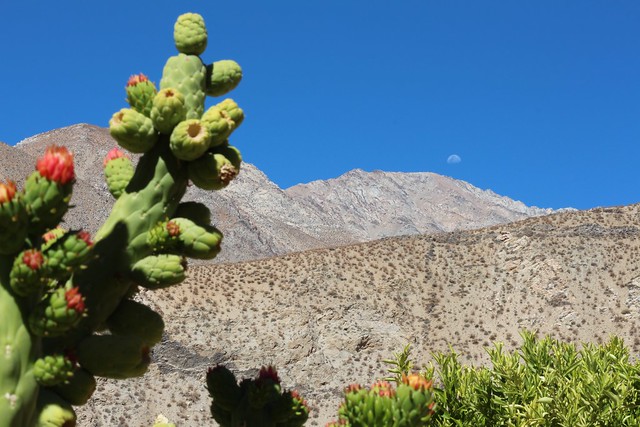 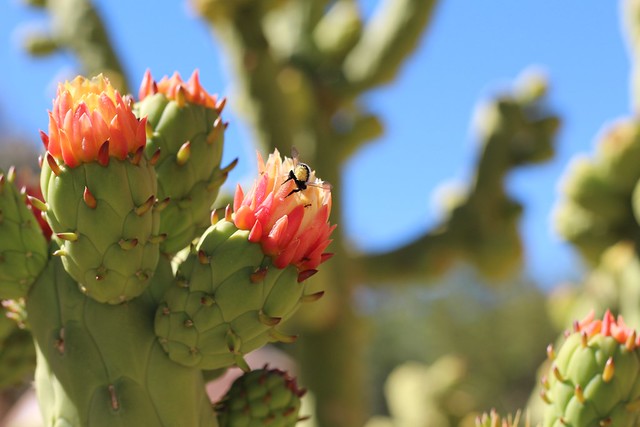 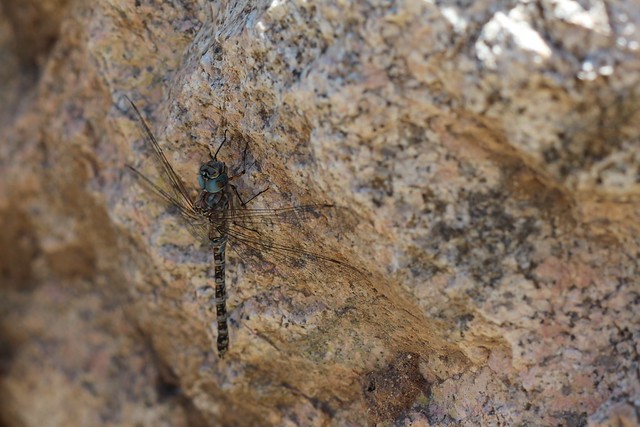 I saw a HUGE bird-sized hummingbird: 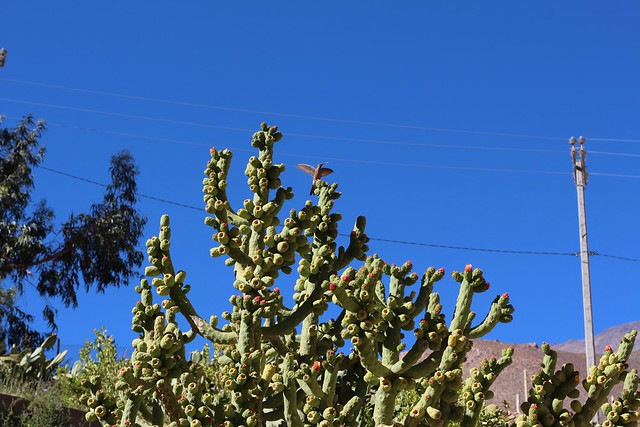 One of the weirdest and most disorienting things about being in Chile was actually the moon. I mentioned that this was my first time in the Southern Hemisphere and I knew that there would be different constellations in the sky but think I had forgotten that the moon would be different as well. It took a day or two to figure it out, but I realized that it was upside down! The waxing moon was growing in the opposite direction that I used to and it was so cool to realize that I was looking at this very familiar object from a totally new perspective.

You can probably guess that it was very very dark there at night and so I was also able to get some good shots of star trails. I was playing with my new remote for my camera and finally on the second night got some decent pictures. This first one is a six minute exposure and the second one is almost ten minutes (the bright group of stars is the Pleiades). 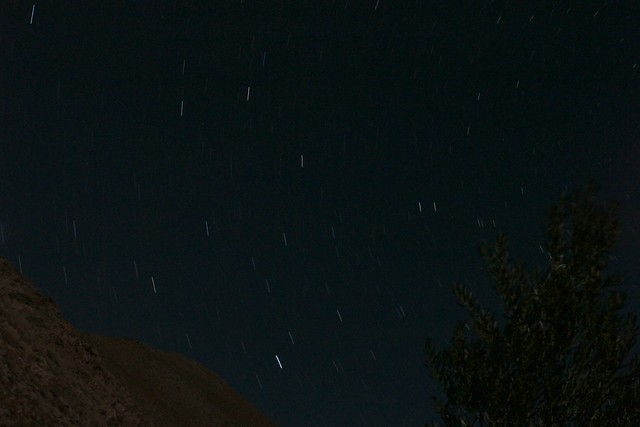 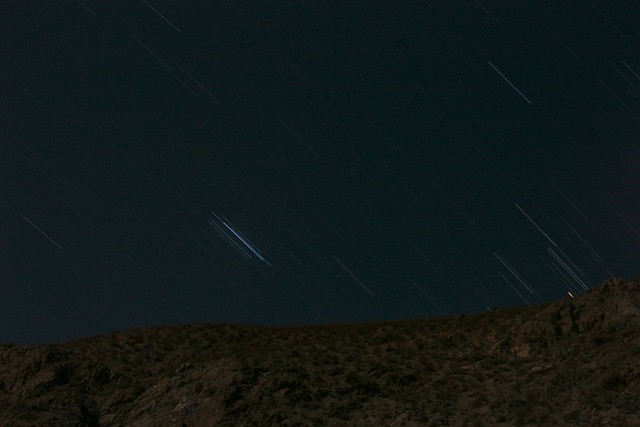 The trip continues in part two…