D’Angelo is a fairly common Italian last name, especially around Naples and the southern parts of Italy (apparently). When I was wandering around Rome in 2004 I found a restaurant named D’Angelo1. 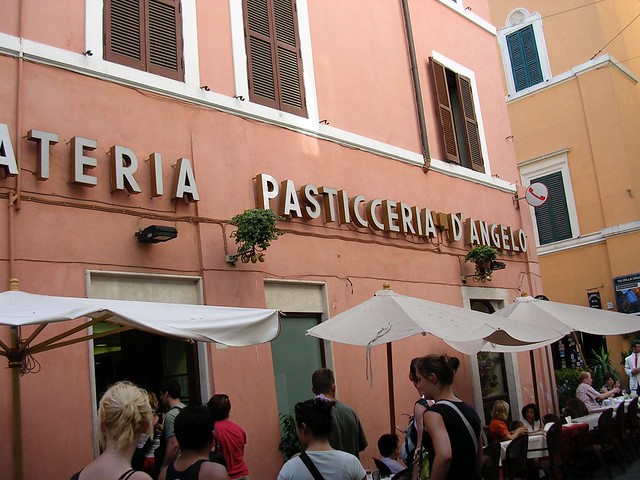 I didn’t have any real problems with my last name early in my life. We would laugh at telemarketers who couldn’t pronounce it on the phone (was actually a good screening mechanism) and I would just shake my head whenever someone paused trying to type my last name into a form2. Luckily in the early/mid 90s an R&B singer named D’Angelo became somewhat famous so people began to get more familiar with the name3.

However, that didn’t solve any of my apostrophe computer-related problems. You see, many computer systems do not do well with the apostrophe. For one reason or another it’s not one of the symbols that they allow to be in names. For instance, plane tickets never have it, but neither does my drivers’ license so it’s not too of an issue there (even though it’s annoying). The worst issue I’ve ever had was when I was applying to colleges. My college applications had my name with an apostrophe but my FAFSA did not (or vice versa, I can’t remember now). So when I got in, the schools couldn’t match up my financial aid with my acceptance, which I can tell you was a huge problem. A few long phone calls later we got it all sorted out, but everyone was on edge for a while.

Some other examples of computers hating my name:

I had some other issues in college and grad school. I had to call the IT department and get them to reset my account every six months or so and couldn’t use some of the online services because it would crash my computer every time I tried. Because of an apostrophe. Come on computers, figure this out.

My twitter username is dapostrophe in part to emphasize my apostrophe. It may be a pain in the ass sometimes, but it’s mine. I am never going to change my name. So much of my identity (and career) is tied up in that name. Me and my name have gotten through some tough times and we’ll always stick together. Just not always with the apostrophe showing up on the screen.

5 thoughts on “my apostrophe”