I love vectors. I mean, they’re pretty awesome. They have a magnitude and a direction. Two for the price of one. They are also quite helpful when doing physics. [Full disclosure: my dissertation had a big focus on vectors, so I’m a little biased.] I also really like graph paper. So you can imagine how excited I was when I stumbled upon a paper-and-pencil game that used vectors as the main mechanic.

The game goes by many names and has been around for a long time. I first saw it as Graph Racer, but I like Vector Racer too. There’s a whole article on the rules and variants on Wikipedia. The game is always different because you draw the board each time you play. So how does it work?

First you draw your race track. It can look like whatever you want, but the way you draw it (including how narrow the road is and the angle of the turns) will impact how easy or difficult the game is. Each player starts with one segment from the start line. 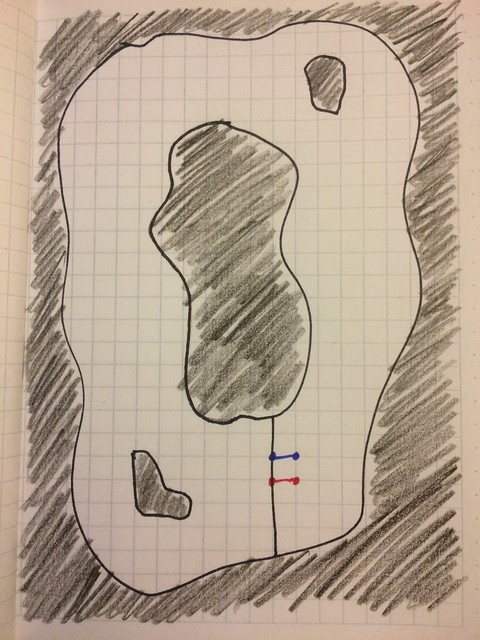 On each player’s turn they can make a new segment. They do this by finding the “principal point”, which is the point they would be at if their racer was going at a constant velocity (so, same direction and same magnitude as their current segment). Then, they can pick any of the surrounding eight points to move to (or their principal point) and draw their racer to that point. Here’s an example with the principal point and the 8 other options marked: 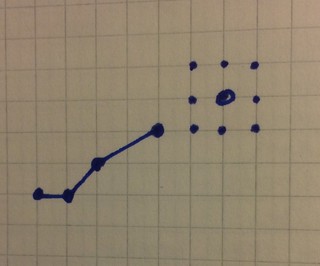 Then players should continue this way through out the game until someone crosses the finish line first (or if more than one player crosses on the same turn, whomever goes the furthest over it). 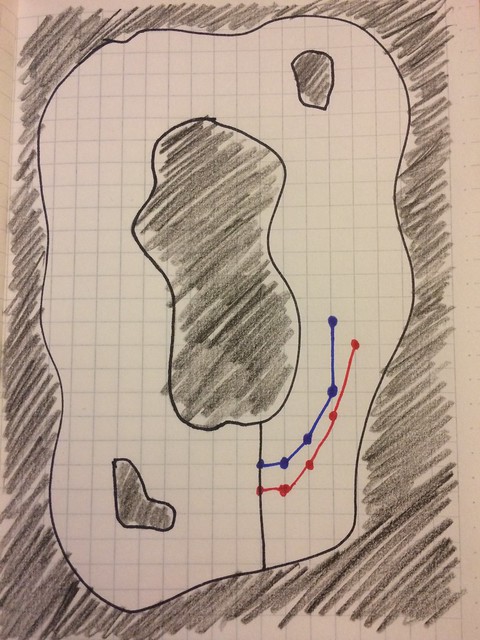 A word of caution, though. Being really speedy will likely backfire. Players will quickly find out that it’s pretty difficult to slow down quickly when you’re going really fast: 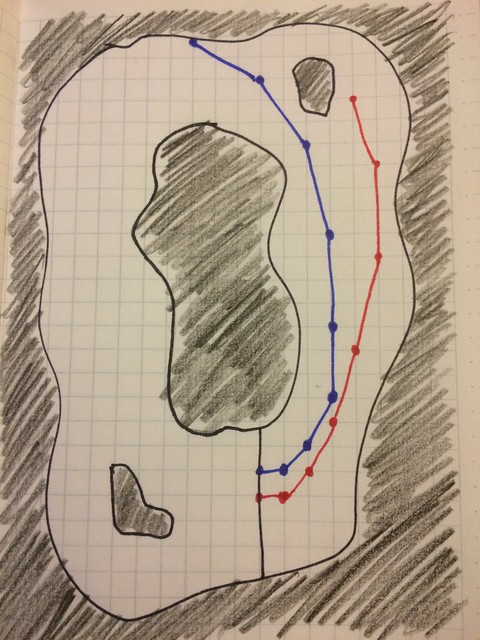 I think it’s a really fun game to play when you have some extra time with a friend. (You always carry around a grid notebook, right?) It might also help with understanding vectors and possibly velocity and acceleration. I would be interested to hear if anyone uses this in their physics classroom.

One thought on “Vector Graph Racer”