Using some basic statistics measures, we can tell whether or not the two sets of things are different from each other using significance testing. This is typically done with a t-test or an analysis of variance (ANOVA) or a similar measure. These types of measures, based on the mean and variance of a set of data points, are simple and easy to calculate (especially with a basic stats program) and have therefore become commonplace in the research literature. But unfortunately, their simplicity ends up hiding a lot of information and potentially interesting nuance.
END_OF_DOCUMENT_TOKEN_TO_BE_REPLACED

I love vectors. I mean, they’re pretty awesome. They have a magnitude and a direction. Two for the price of one. They are also quite helpful when doing physics. [Full disclosure: my dissertation had a big focus on vectors, so I’m a little biased.] I also really like graph paper. So you can imagine how excited I was when I stumbled upon a paper-and-pencil game that used vectors as the main mechanic.

The game goes by many names and has been around for a long time. I first saw it as Graph Racer, but I like Vector Racer too. There’s a whole article on the rules and variants on Wikipedia. The game is always different because you draw the board each time you play. So how does it work?
END_OF_DOCUMENT_TOKEN_TO_BE_REPLACED

There are three important letters that you add to your name when you finish your Ph.D. But there are two other letters that are also important to researchers as they begin their careers: P.I. The Principal Investigator is the person in charge of a research project and it signifies the next step in your career, where a funding agency has selected your research proposal, using a panel of your peers in most cases, as worthy of gaining a substantial amount of external support. It is basically a sign that other people (you know, people who aren’t trying to help you graduate) think that your work is important and interesting. It’s a really good thing and the first time you become a P.I. is an important career milestone.
END_OF_DOCUMENT_TOKEN_TO_BE_REPLACED

What is evidence? In science, usually we think of evidence as a collection of the observations, measurements, and results of data analysis from an investigation of a phenomenon. But I think evidence isn’t just a set of these measurements. In order for it to be evidence and not just data, there also needs to be information about its relevance and appropriateness to answering a question or a claim. You can think of good evidence (data that was collected in a careful and thoughtful way and that supports your claim) or bad evidence (sloppily collected data, incomplete data, and/or data that doesn’t support your claim).

The podcast Serial came up during one of my research meetings today. We were talking through a transcript of a middle school science classroom and debating whether or not to apply one of codes to a particular utterance the teacher made. The topic of evidence was brought up and it made me think of Serial and how evidence is discussed on the show and how it is similar in a lot of ways to how we want students to talk about evidence in their science classes.
END_OF_DOCUMENT_TOKEN_TO_BE_REPLACED

A couple weeks ago at work I gave a presentation as part of one of our lunch-time brown bag meetings. Sometimes we have a researcher come from another institution to talk about their project, but sometimes we have an internal person give a mini-workshop or ask for feedback on a research issue. For this particular meeting, I and another researcher talked about general Excel tips and tricks that we had picked up over the years. We had both realized from talking to others that some people weren’t taking advantage of some of the many advantages of using a spreadsheet program; they were just using Excel like a place for their data instead of a place where they could organize, manage, and analyze their data. (No joke, I have actually seen people count numbers on their screen.) The basic idea was to share ways that Excel can help us do our work – sometimes just knowing that something is possible to do lets you know that you can search out ways to improve data organization/analysis.

So, here are some of the things that I shared in that meeting. Most of them are things that I figured out through either hard work, a friendly colleague, or a quick Google search. They mostly assume a more than basic understanding of Excel. There are a ton of Excel forums online so I would suggest if you’re ever doing something in Excel that seems like it could be done more easily, you should search and see if a solution comes up. You will usually be able to save lots of time and headaches.
END_OF_DOCUMENT_TOKEN_TO_BE_REPLACED

In August 2004 I went to Rotterdam, the Netherlands for a conference. I was presenting my work on a recent meta-analysis of STEM simulations for learning. (You can read more about it here and can download the report here.) The conference was a meeting for two special interest groups of EARLI (the European version of AERA) – Instructional Design and Learning & Instruction with Computers. It was a small conference with no concurrent sessions (i.e., we were all in the same room for the entire conference) which was really nice because a) I didn’t have to make any decisions and wonder if I chose the wrong concurrent session and b) I was exposed to a bunch of interesting research that was a bit outside my normal area. 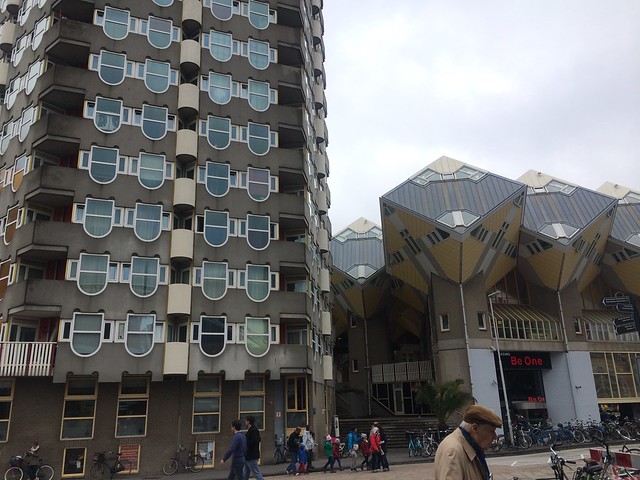 END_OF_DOCUMENT_TOKEN_TO_BE_REPLACED

So I have a pretty ambitious schedule at NARST this year. NARST is the annual science education research conference. (It used to stand for something, but doesn’t anymore.) This year, I am involved in not one or two, but six presentations at the conference. And yes, that is a lot. Two of them are ones where I am first author on the paper and am presenting at the conference and the other four I am one of the co-authors (which is associated with a varying amount of responsibility depending on the paper). And these six papers fall into three very different areas, which makes the whole thing even more onerous.
* I am presenting a subset of the final results of the simulation meta-analysis that I’ve been working on for the last year and a half (a subset focused on science, obviously).
* I am presenting some findings relating to a large efficacy study of the PBIS curriculum (my part is focused on analysis of the weekly online implementation logs, but I’ve also been working on analysis of classroom video observations and teacher professional development). This work is largely concerned with teachers’ implementation of the new science Framework and NGSS-related ideas (mostly the integration of scientific practices with content). These papers are part of a related paper set (but there’s also another one that is in its own session).
* I am helping a colleague put together a presentation on analysis of afterschool science materials that we have been working on.
END_OF_DOCUMENT_TOKEN_TO_BE_REPLACED

My “spring conference series” just ended. NARST (the conference formerly known as the National Association of Research on Science Teaching) was in early April (in Puerto Rico!) and AERA (American Educational Research Association) was about a week ago (here in San Francisco). Here are my notes and thoughts from the two conferences.

The big topic of the conference was, of course, the Next Generation Science Standards (NGSS) which officially were released at the tail end of the conference. Most people were referring to it during their presentations, even though we didn’t know exactly what it was yet. (Some people were conflating the new Framework with the new NGSS, but that’s a different story.)

There were a few presentations about one of the large studies that I am working on, an efficacy study of a middle school science curriculum. These presentations on some of our preliminary findings went well and I am really looking forward to next year’s conference when we will have even more results to report on and some awesome graphs to show.

END_OF_DOCUMENT_TOKEN_TO_BE_REPLACED

Today marks six months at my new job. If someone had told me a year ago, when I was deep in the academic job hunt madness, that I would have found a job as intellectually fulfilling, interesting, challenging, and enjoyable as the one I currently have I’m pretty sure I wouldn’t have believed it. Part of that is probably because I didn’t know this kind of job existed. As it turned out for me, everything worked out: the job hunt didn’t actually destroy me, I learned a lot about myself and the type of work I really want to do and the manner in which I want to do it, and I found this awesome job at an awesome place in California (and not half way around the world).

I have had the great pleasure to work on a number of really interesting and diverse* projects just in these first six months, many of which would never had been available to me in a more traditional academic setting. Moreover, the people that I have been working with are great in so many ways. There is a true sense of collegiality and cooperation, which I had experienced before, but never thought possible at the scale at which we have it here at SRI. The teamwork and support structure makes our large and complicated projects possible.

*Diverse meaning that I am working on one project that reaches across the whole U.S. at multiple grades, another where I am helping evaluate a middle school science curriculum, another where I am part of a small team that is looking into the different use cases of a specific technology in science classrooms, and a big one where I’m leading a team doing a meta-analysis. Every day is a new adventure. :)