I’m hanging out with my brother (and sister-in-law and their newborn twins) this week and in some of our downtime my brother Anthony and I were reminiscing about some of the old computer games we played as kids. We had a Macintosh SE as our first family computer in the late 1980s. There were a bunch of educational games that we played and some non-educational as well.

We both remembered playing Where in the World is Carmen Sandiego1, Dark Castle, Crystal Quest, Tetris (of course), Shuffle Puck, and a few others. But there were two games that we couldn’t quite remember the titles or full descriptions of. Anthony remembered a race car game that had something to do with math and I remembered a quiz/trivia type of game that had something to do with castles. Anthony thought that maybe there was a trophy room in the trivia game where you would be able to over time fill up the room with awards in the game and that sounded right to me as well.
END_OF_DOCUMENT_TOKEN_TO_BE_REPLACED

My brother and sister-in-law (but let’s be honest, mostly my sister-in-law) had twins almost three weeks ago. Twins! So exciting. So now I am an aunt twice over. They are Lucas and Sophia. And they are adorable. 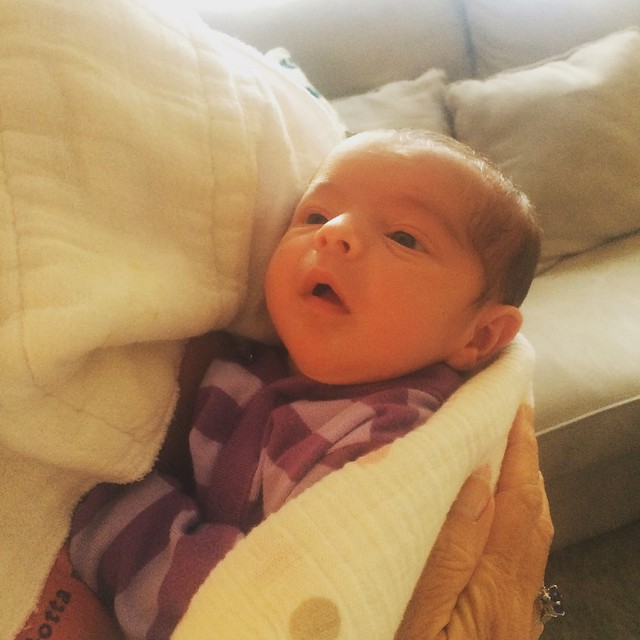 And here is Lucas: 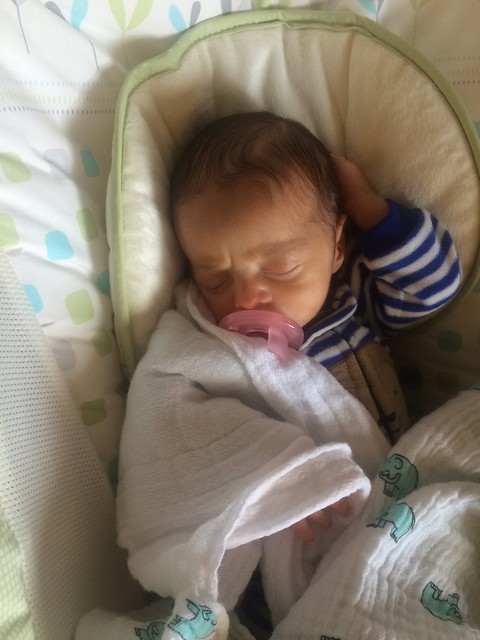 See, aren’t they are adorable? They are my two favorite babies ever, hands down. This week I took off from work and came down to LA to help out with them. I’d seen lots of picture and video chatted with them a few times, but today I finally met them in person and got to hold them. I fell in love with them immediately. And they seemed to know me (or at least trust me), even though we hadn’t met before. With other babies in the past, I have always felt kind of apprehensive and worried that I would do something wrong, but with Sophia and Lucas, I feel more confident and less anxious about screwing things up. I have no idea why that is; it seems strange that that is the case, but it is undeniable that that is how I felt today.

Sophia was generally an angel all day and mostly slept. Lucas, on the other hand, is a bit fussy (within the normal newborn parameters probably) and was fairly demanding of our attention. Luckily we didn’t have many instances of them both being needy at the same time. I’m not sure how Kristina is going to do it all by herself once she doesn’t have any help. Until then, we will take it one day at a time and just try to get through juggling all of the binkies and bottles and diapers and blankets and burps. I think it’s going to be a long (but happy) week.

So it’s November 1st again and I have once again decided to participate in #NaBloPoMo, or National Blog Posting Month, because I like to challenge myself and I still don’t feel like writing a novel in a month (this is an offspring of the popular #NaNoWriMo movement). Last year I did this challenge and I think it went pretty well. Astute observers of this blog will notice that I haven’t posted on my blog since the final post of last year’s #NaBloPoMo and yeah, well yeah. That’s kind of why I have to do this. Otherwise my blog will never get updated.

In the meantime, I have written many drafts of posts. Sometimes the article is almost finished but I just can’t hit publish. Other times it is a title and the first sentence or just an idea for a post. But, rest assured that I do think about my blog a lot and want to publish interesting stuff on it. I just don’t. Because I like things to be “ready” and good. Which is why #NaBloPoMo is perfect for me, because things can’t be perfect because I need to post something every day for a month. Things will just have to be ok. And I need to be ok with that.

So, here goes another month of blog posts. I hope you find at least some of them interesting. Post topics I have planned for you (no promises on any of these):
– my trip to Alaska this past summer (mostly Denali National Park)
– my trip to Sweden in June
– how much I love the musical Hamilton
– some tutorials about R (the statistics programming language)
– my thoughts on fictionalized time travel
– my favorite pens
– thoughts on being an aunt to two newborn twins

So I hope you stick around for the whole month. Let me know if there are any topics you really want me to talk about. I have 30 days to fill (only 29 now!) and I would love to hear from you.

Well, I made it through the month of blog posts. NaBloPoMo was an interesting little experiment. I only skipped one day (the day I went to Disneyland), which was intentional that day since I knew I wouldn’t have time to do it. I’m actually kind of surprised that I made it. There were many days when I didn’t feel like doing a post, but setting this goal and having a daily externally visible benchmark for goal success was a good motivator.
END_OF_DOCUMENT_TOKEN_TO_BE_REPLACED

Movies are a big deal in LA. So, today, my last full day in LA for a little while, was spent watching a couple movies. And also a trailer for a movie that was even a bigger deal than either movie. The two movie-going experiences really represented how much movie-watching has changed just in the last few years.

So, you might have heard that they released a teaser trailer for the new Star Wars movie today. You can watch it online here OR you could go to one of only 30 or so movie theatres that were showing it today to see it on a big screen. Guess which option we chose?

END_OF_DOCUMENT_TOKEN_TO_BE_REPLACED

Ferguson is happening again. And by that I mean: once again our country (or at least the people in it that are paying attention) are seeing how much we do not live in a post-racial society and how much injustice still exists in everyday institutions. I almost didn’t want to write anything about this today, but in the end I felt like pretending it wasn’t happening wasn’t a good idea either.
END_OF_DOCUMENT_TOKEN_TO_BE_REPLACED

O! great circular form;
a marriage of dough and cheese
of sauce and herbs and many things
depending on what we please.

You do not care the circumstances
or request a type of dress.
Thou are appropriate at all times
and only occasionally make a mess.

From fires in a gourmet brick oven or
a simple toaster muffin made,
you always will delight my tongue
and your flavors seldom fade.

I do not wish to argue
about the merits of pineapple;
perhaps it’s best to stick to cheese
and avoid a minor grapple.

A simple margherita
will usually do the trick,
but once in a while a fancy meat
becomes a better pick.

Some prefer a deeper crust
or a giant folding slice.
But me, I’m happy with all kinds
to satisfy my vice.

O pizza! O pizza!
You are the perfect food:
Adaptable and changeable;
the best, I must conclude.

I just bought a Wii U. My brother got into town today for a business meeting and we had dinner. Afterwards, he needed to stop at Target for some items he forgot to pack. He wanted me to take his picture so I could include it in this blog post:
END_OF_DOCUMENT_TOKEN_TO_BE_REPLACED

Over the summer I got really interested in video game speed runs. Specifically speed runs of Legend of Zelda games. I had known that this was a thing, but it had never caught my fascination before. Speed running, for those of you not familiar, is when you try to play a game as fast as possible. In many ways this is analogous to high score records in other video games (this is especially true with older arcade games – think of the documentary King of Kong about Donkey Kong players), but since Zelda games don’t have a score, players instead compete to see who can complete the game the fastest. Before I started watching speed runs, I had an impression that the players might be similar to those depicted in the King of Kong movie: obsessed, secretive, and ultra-competitive. But I found something very different.